Earlier this October I was fortunate enough to participate in a 10-day Vipassana meditation course. It was my second time. It was held in Chiba prefecture, which is about an hour and a half from Tokyo station.

Meditation is something that people should find for themselves when they’re ready, but I would like to talk a bit about the theory of Vipassana and the experience.

Here are some general facts to get out of the way:

I’d like dive into theory right away, but I’m not trying to paint a full picture. The teacher of Vipassana is very clear that there should not be too much theory without experience. I’d ideally like to provide just enough information to inspire people to take the leap, but no more.

Note: I am often paraphrasing based on my own understanding and using words I think are appropriate.

The course describes the law of human nature (and Dhamma) as such:

Everything in the above image is within the unconscious.

When you react you create an imprint

This imprint, which has a word in the practice (sankara), is an echo of your reaction and it’s not something you want to keep around. If the imprint is deep enough then it creates a habit of misery or craving. The next time you have a similar experience you’ll be more inclined to react the same way because of this imprint or habit. This is to say: you’ll be more inclined to be miserable in the same way.

Using a metaphor, here are three categories of imprints created by a reaction:

The one we’re most concerned with is the last one (#3). When you have a serious reaction the creates a long-lasting imprint, then that imprint stays with you. An example: you get very irritated with the way someone treated you. The next time it happens again your reaction is even more adverse because of the first experience. This habit is reinforced over and over.

So much misery is caused by these left over long-lasting imprints. They’re your reinforced habits of craving and misery.

How do you stop these imprints? You just observe

Here’s a solution: instead of reacting to feelings that create long-lasting misery, why not simply observe them, understand that they’re just sensations and let them pass through you.

This breaks old habit of misery and craving.

This stops creating new habits of misery and craving.

But how do I observe something at the unconscious level?

The answer: you train the unconscious through experience. 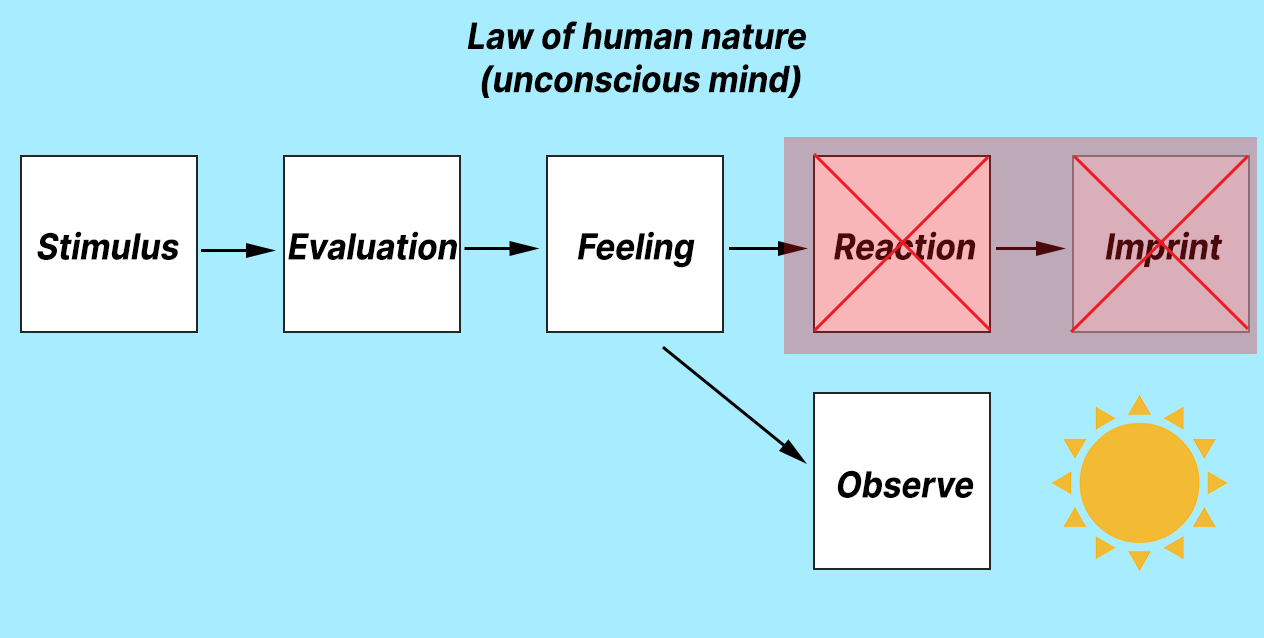 The objective: train the unconscious to observe

Think of when you first started riding a bike. It was hard and you had to consciously focus just to get a short distance. Over time you practiced and got better. You trained. By practicing over and over it became a habit and pretty soon you could bike without even thinking.

Then the habit sunk into your unconscious.

Then you can ride a bike without effort.

If you repeatedly focus and train yourself consciously at something then you’ll get so good at it that you’ll do it automatically. You’ve then trained your unconscious.

But how does that relate to mediation?

Our objective is to train the unconscious to observe feelings and not react to those that create harmful long-lasting imprints.

One needs a practice to train the conscious mind to observe.

Then that habit becomes second nature and an ability of the unconsciousness.

Vipassana is that practice.

This idea of observing the unconscious and breaking the cycle of misery was the first buddha’s main discovery and led to their enlightenment. Everyone at the time recognized the cycle had to be broken, but the buddha’s contribution was that it had to be tackled at the root level— at the experiential level and not just intellectual level. 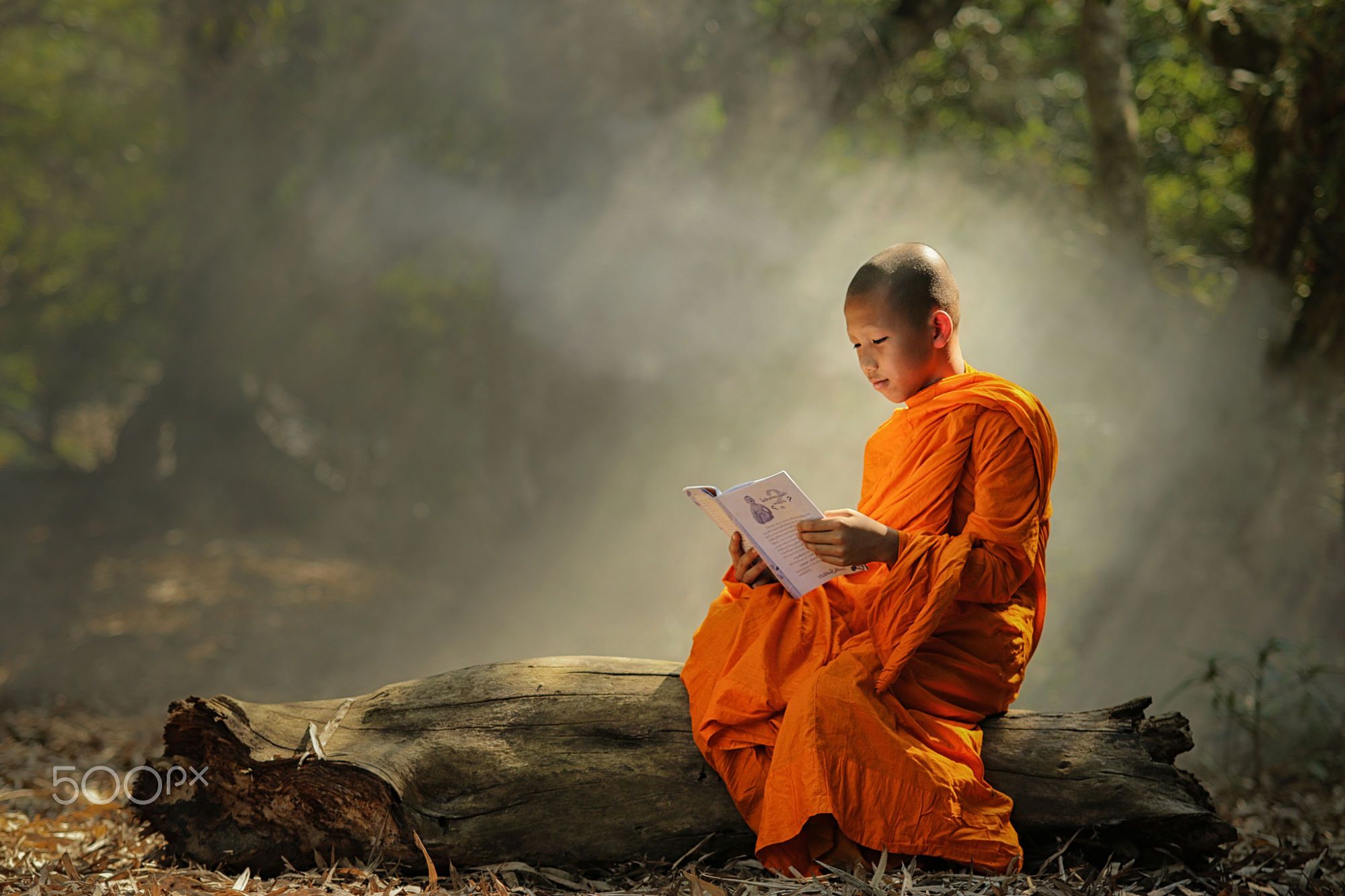 My experience going a second time

The first time I went it was all about survival. Going a second time I was able to appreciate the theory much more. This time I had the confidence that I would make it (though at times I had doubts) and so I was less worried. It was so nice to refresh my brain and reenergize myself with a tool that brings me calm and happiness.

I’m very thankful for the volunteers that made it happen.

What Vipassana has done for me

It’s hard to fully encapsulate what it has given me. I should say I am not a devote practicer. I should be meditating every day with more dedication. The first time I did the course I left with a tool that I could use to help me with anxiety and to give me focus. I would use it only from time to time.

I have used Vipassana for:

Having gone a second time I think I would try even more to incorporate meditation into my daily life. I’ve never felt bad for meditating, only guilty for not meditating.

Please let me know if you have any questions. I didn’t want to give anything away about the method or too much about the activities in the course. It’s simply something that needs to be experienced if you’re up for it. 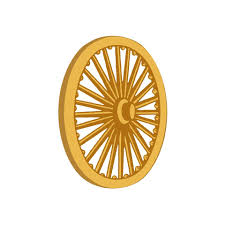