So recently I attempted to update my Facebook information to say that I was in Japan. When it came to specifying my city I put “Tokyo” and received the follow options: 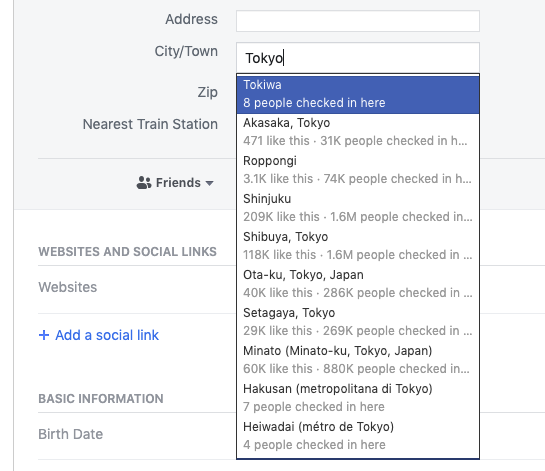 Tokyo isn’t on the list, which confused me. Tokyo is a city right?

This is all to say that I don’t really know a lot about Japanese geography. So strap in and hold onto your butts. It’s time for a geography lesson.

I think it’s easiest to start big and work our way down.

Japan is a bunch islands as you can see from this super high quality photo: 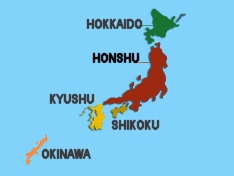 This is super simplified and Okinawa is way farther south. As far as I can tell, knowing the names of these areas isn’t super important because they’re more often broken down further into regions and prefectures and other things.

It’s true. There are 9 regions. The biggest is Hokkaido in the north. Also Chugoku literally means China in Japanese (it even has the same symbols) so that’s definitely not confusing.

“The regions of Japan are not official administrative units, but have been traditionally used as the regional division of Japan in a number of contexts. For instance, maps and geography textbooks divide Japan into the eight regions, weather reports usually give the weather by region, and many businesses and institutions use their home region as part of their name..”

I guess if there was a North American analogy it would be the west coast, east coast, mid-west, prairies, etc..

So saying that there are 9 regions requires a bit hand waving, because a lot of these regions are subdivided further into smaller clumps. Read the wiki if you dig.

And then there are prefectures…

That’s actually not totally true. I mean there are prefectures (県), but there are also urban prefectures (府), metropolises (都), and territories (道). The Canadian analogy for a prefecture is a province.

If we use the work prefecture to describe all of them, that’s 47 prefectures. 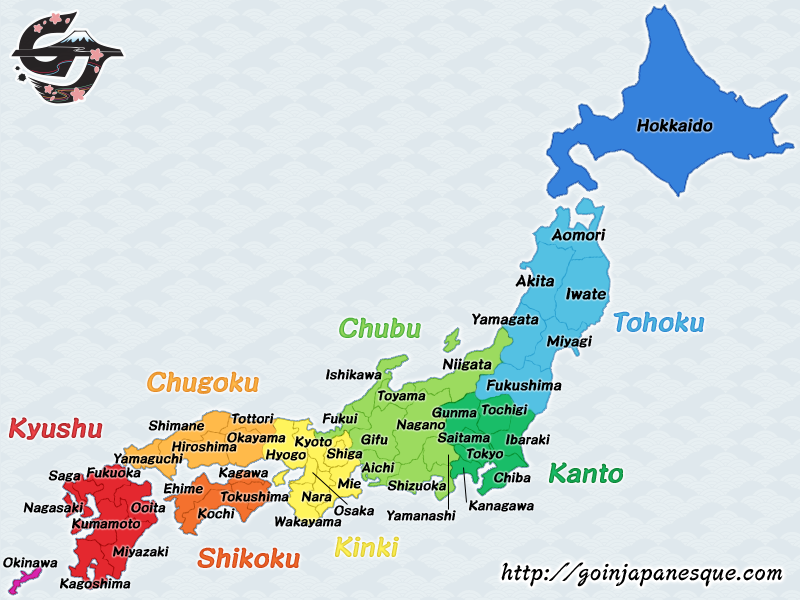 Some more facts to confuse you:

Click here for the wiki page if you want more information.

Each prefecture has a capital city. Here’s a map that’s definitely not confusing at all:

Those are the easy ones that I could think of. Here is a full list.

The capital of Japan

The capital of Japan is Tokyo, but Tokyo is not a city — right?

The capital used to be Edo, but actually that’s just the old name for Tokyo. Before that, it was Kyoto. There are more, but basically it’s been officially Tokyo since 1868, so 251 years. 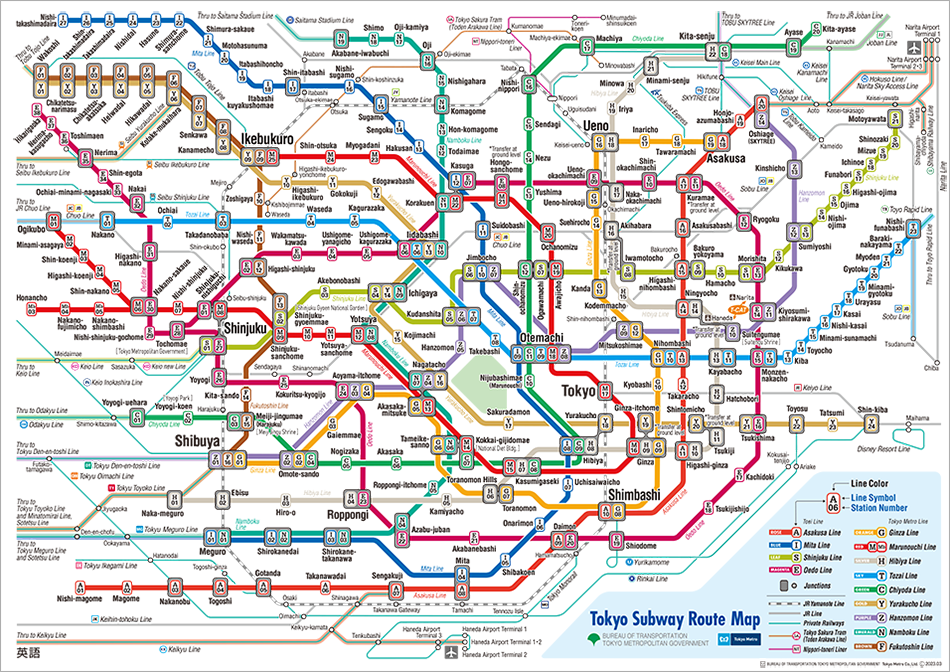 Anyways yes, somehow Tokyo is the capital of Japan.

It’s first worth mentioning that there used to be a Tokyo city that was made up of 23 special wards. In 1943, Tokyo city merged with the rest of Tokyo Prefecture and became Tokyo Metropolis.

Here are all the wards in Tokyo:

Now the thing is… the special wards are special. They don’t care about the wards and they get their own map:

It’s sort of an issue of street cred. The special wards, as mentioned earlier, were the wards that made up Tokyo City when it was a city. They’re the most densely populated areas too.

Is Tokyo a city?

Well it depends on who you ask (sigh). Facebook says no. Your average Japanese would say yes, but they’re simplifying and if you asked them where they live then they’d give you a ward name.

Tokyo used to be a city and a lot of people consider it to be, but really it’s made up of wards, which are cities in themselves. But Tokyo is also a metropolis (don’t forget about the non-special people), which is basically a prefecture. It takes about 10-20 minutes by train to jump from one ward to another. So they’re still quite small.

So maybe it is.

But it’s also not.

What’s the population of Tokyo

That’s a good question. I think I finally understand the statistics.

People often quote Tokyo as being the most densely populated place in the world and they throw out that 38 million number. Just keep in mind that number is for the Greater Tokyo area and it’s referring to 6 prefectures. 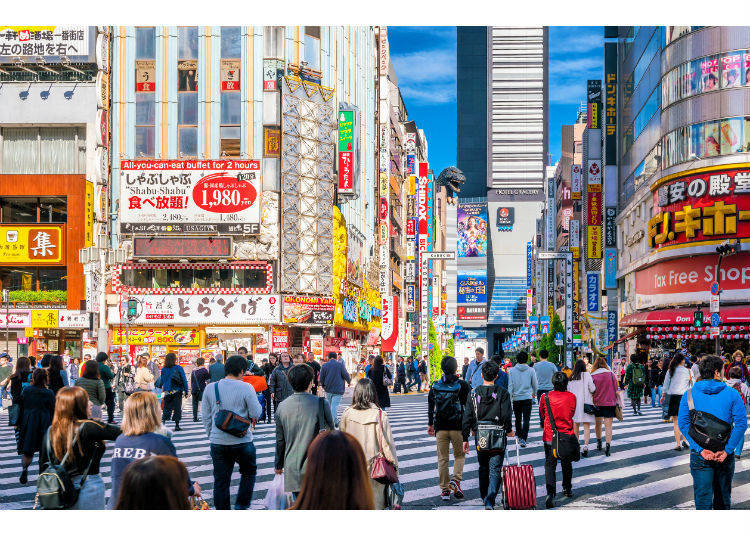 Finally, so where I live?

I think I live in Shinagawa— nope I just checked and I’m in Ota city. So the bottom special ward. That’s wild. 😂 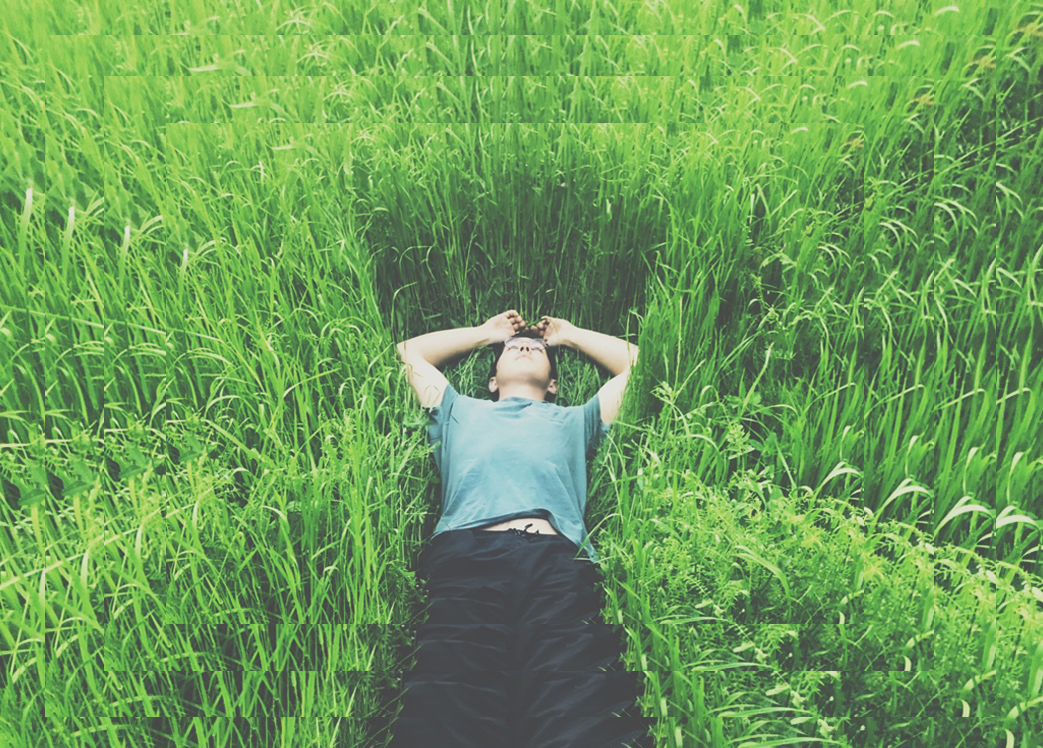